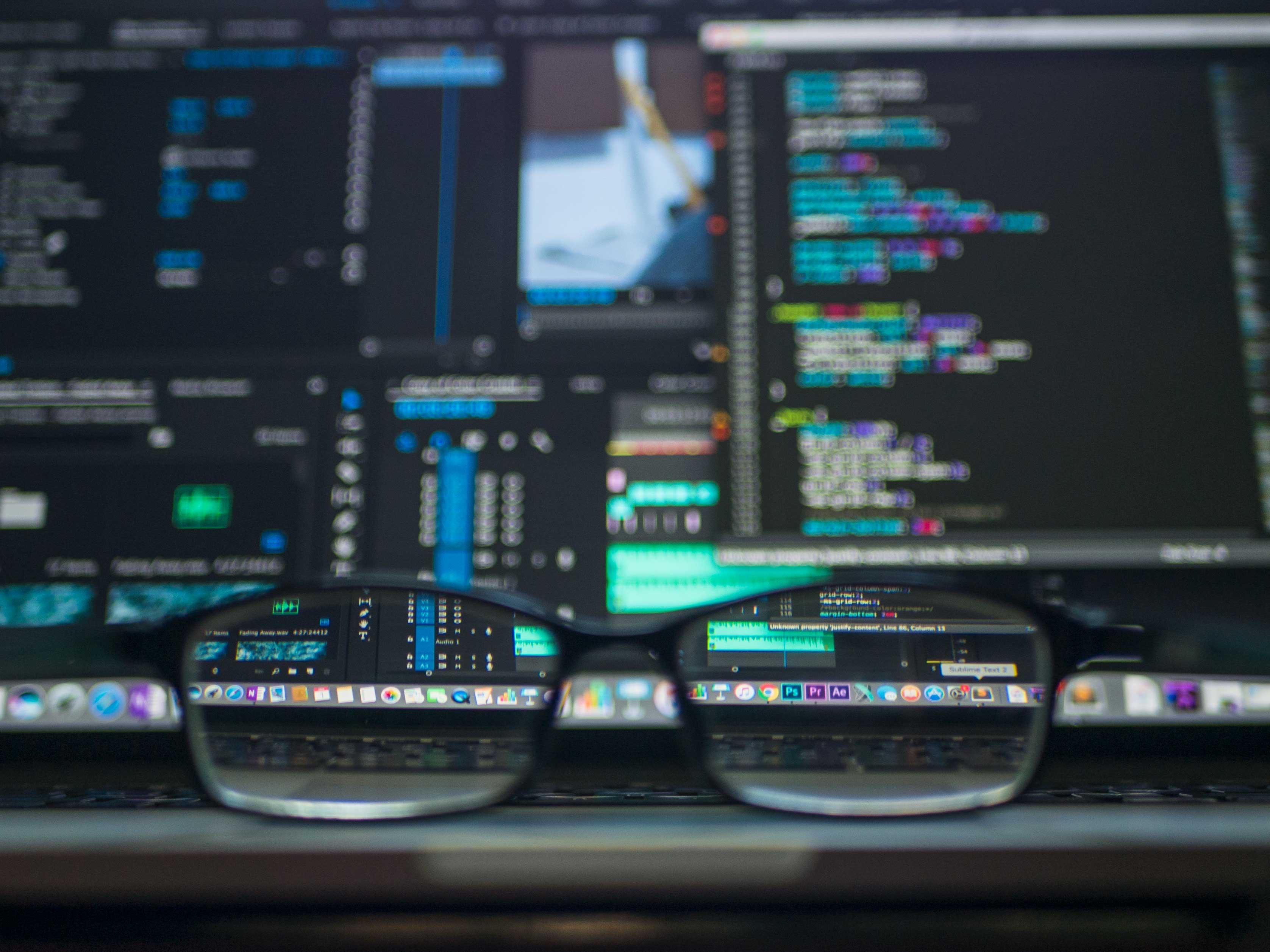 Just like there are many human languages in the world, there are also many computer languages, and learning how to be fluent is just as much of a challenge for computer programmers as it is for linguists. For programmers interested in object-oriented programming languages, there is usually a choice to make between C# vs Python. The key differences of C# and Python we will outline here will help you decide which language to use. Prepare for a crash course in coding!

What Is an Object-Oriented Programming Language? 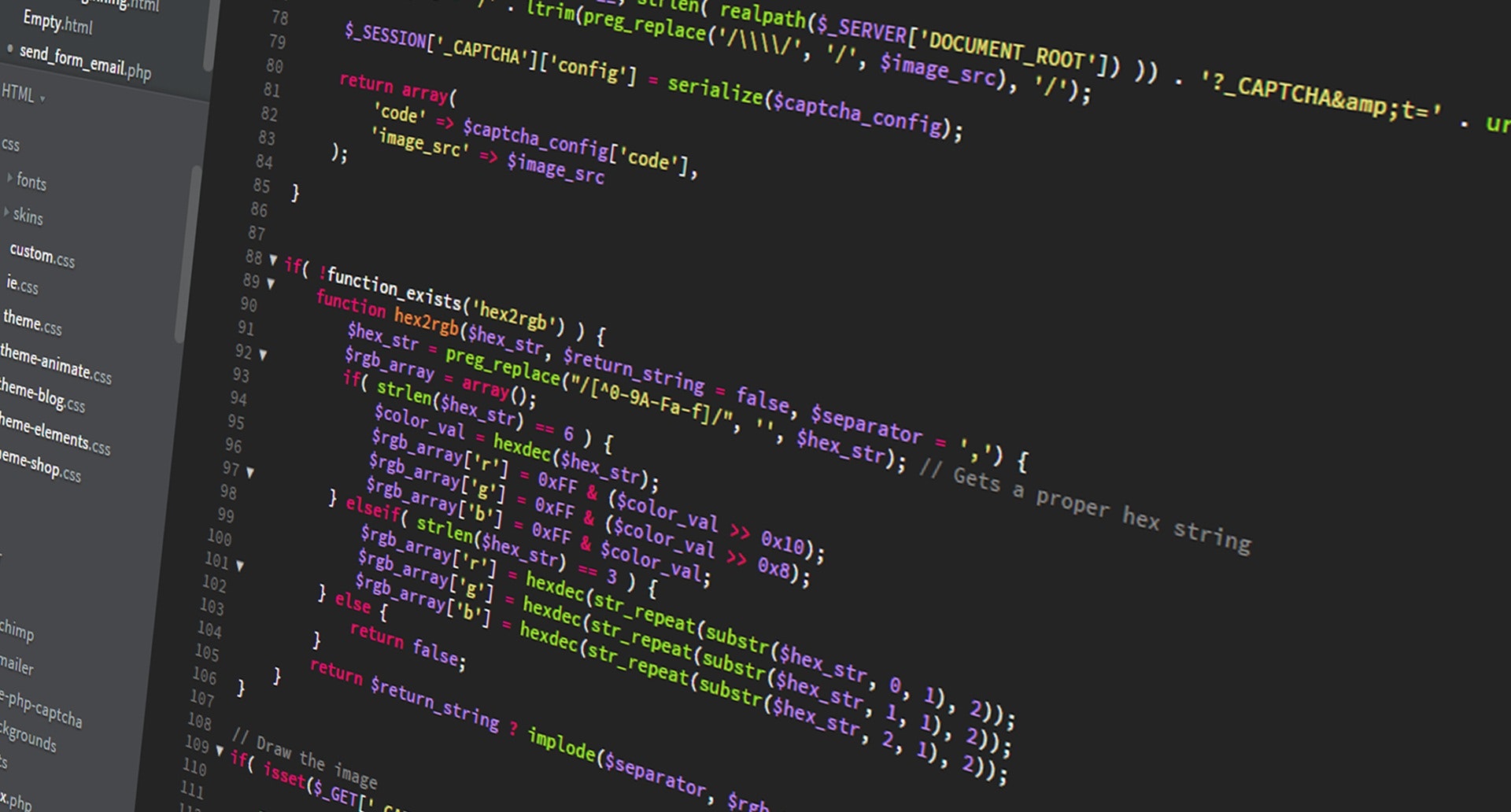 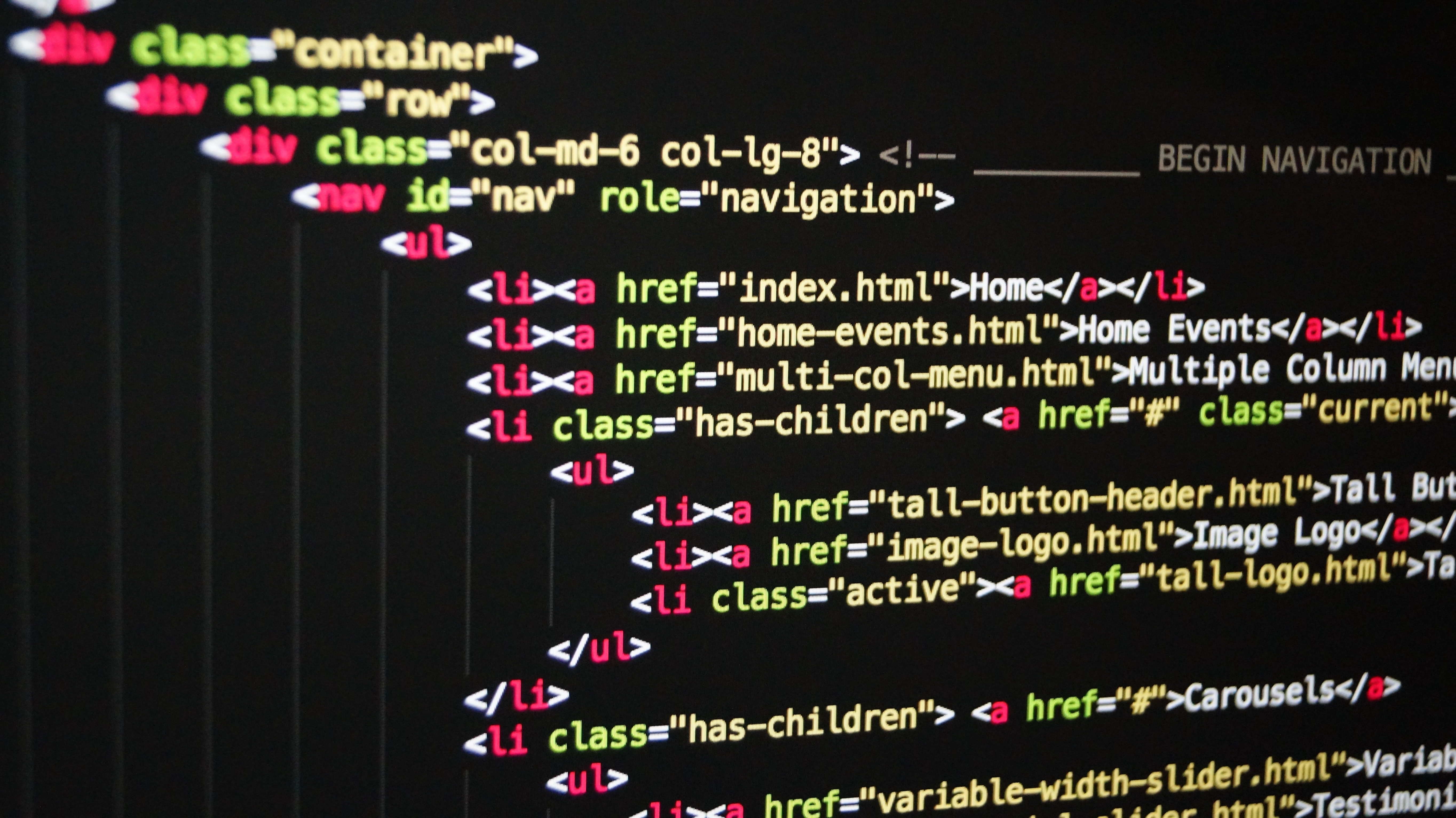 There are several computer languages that are designed to be totally object oriented. This is mainly because programmers have the gigantic task of making sure that the data in a program does what a user tells it to. Even by navigating to this website, you probably used an object-oriented code without even realizing it.

Each of these object-oriented programming languages operates on the same declarative principle. However, each of these languages are different. Some are no longer commonly used, some are new, and some are specific to certain applications or operating systems. Simula was the first fully functional object-oriented programming language and as such is often seen in the code of software on older operating systems and programs.

Objective-C, on the other hand, is a newer language that can be found in many iOS mobile applications. And as you might know, C# was specially developed for Microsoft software.

Does the Programming Language Use Matters? 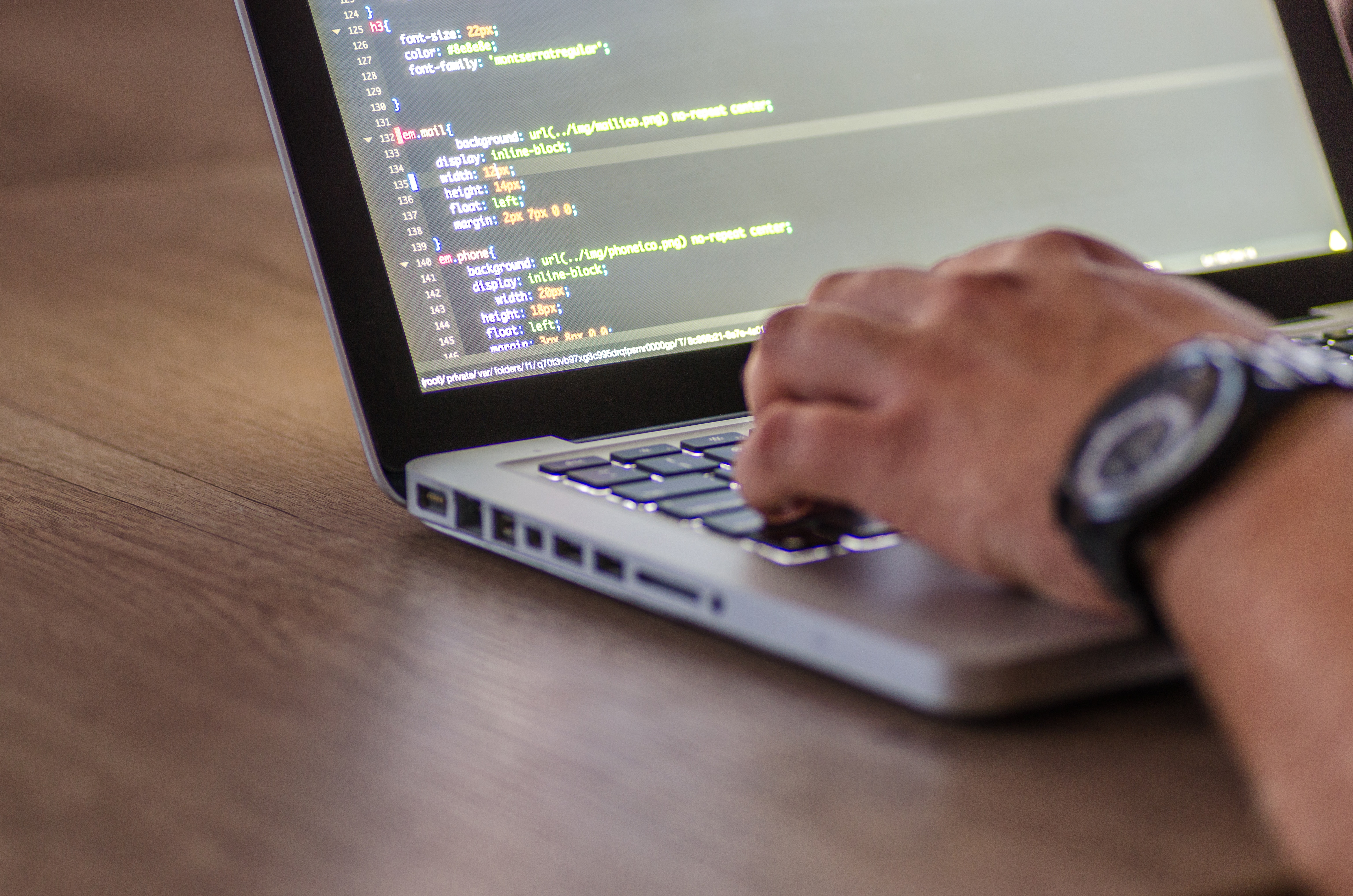 Photo by Lukas from Pexels

Here's the scenario. You are in a foreign country where you know only a handful of phrases and you have a desperate thirst that needs quenching. Since you don't know the language well, you find yourself in the awkward situation of stuttering out words like "you" and "water" as you play a clumsy game of one-sided charades. It takes some time, but eventually one of the locals realizes you are asking for a glass of water.

But imagine the difference if you go to a country where you are completely fluent in the local language. If you're thirsty, all you need to do is ask for a glass of water. Simple, right?

It's the same for selecting the type of programming language you use for a particular code. If you choose a language that doesn't fit the situation, then you'll wind up playing charades with a shaky code riddled with errors and running problems. But if you use a language that is appropriate for the code you are writing and how that code will be used, you will be able to program correctly and efficiently.

C# vs Python: How Do They Differ?

When you have to choose C# vs Python, you will inevitably run into some contention trying to choose between the two. After all, both C# and Python are popular computer programming languages that are object-oriented and can be used across multiple platforms. Some people even say that C# and Python are similar enough to be interchangeable. However, that simply isn't true.

Although there are many ways in which C# vs Python are the same, but there are more ways that they are different.

Let's start with how C# was developed. In the mid-90's, Microsoft decided that they needed a specific coding program to build their software: a language that was exclusive to Microsoft and Microsoft alone. C# was exclusively used for all Microsoft hardware and software, including the web pages of Internet Explorer up until a few years ago.

After 20 years of C# as exclusive to Microsoft products, the company released an updated version of C# that could be used over many different platforms, which is when C# began to pick up a reputation of being versatile.

Meanwhile, Python went through a different journey. Python was fully developed and released for use by 1990 as a high-level language that utilizes English keywords in the code. Python was meant to be a highly interactive object-oriented programming language that was easy to learn and easy to use. Many computer programmers start out on Python because of this simplicity and because Python can be used to code many different things, from web browsing to games to basic software applications.

By now it should be obvious that in the C# vs Python debate both options are object-oriented programming languages. However, it is often said that C# is "fully" object-oriented, as C# has a static syntax that depends on a compilation of commands for a code to run smoothly. Python, on the other hand, is an object-oriented language with a built-in procedural code, which allows for a dynamic syntax that can run commands with some independence.

C# is also a static-typed programming language with a compiled code. Static-typed languages tend to have fewer errors, and C# in particular has built-in error detection that allows programmers to find and fix errors in the code with relative ease. This is why C# is often used for larger projects or projects that have more complicated codes that depend on cascade features, such as computer games.

Python's language is dynamic-typed language, which means it can execute many functions at one time while running. Dynamic-typed languages are also easier to edit, although also somewhat more difficult for locating errors. Code written in Python is generally very quick to develop because of the dynamic language as well as a blend of object-oriented and procedural language.

Using C# means you get to use a lot of specialized C# tools like Visual Studios or .NET - which also means that you need to learn how to use those tools, keep them up to date, and keep their plug-ins installed on your computer. Python's tools are generic, but they are also easier to use and take up less storage space.

And while we're on the subject of tools, a point should be made about the reliability of the servers for both C# and Python. Many programmers find that Microsoft's C# servers are a little slow while Python has libraries of pre-written code on a speedy server that makes development easier.

There's no getting around the fact that Python is an open-source language and that you have to put up some cash to use C#. Many new programmers or programmers on budgets end up using Python solely for the fact that Python can be used for free. C# doesn't fit neatly into a tight budget because of how deeply it is tied to Microsoft. If cost is a point of contention for you, then it matters that there exists an open-source free object-oriented programming language.

The counterpoint to the cost of these languages is the amount of support that is available for each. Because C# is sponsored by the largest software company in the world, if you run into problems with writing code that you just can't seem to fix you can easily find a solution by contacting the C# support team of Microsoft experts.

Python is a different story. Because Python is open-sourced and evolves with a community of Python users, finding help when you run into a problem with Python is something of a headache. Troubles with Python will resort in trawling forums and troubleshooting until you find a solution.

C# vs Python? Each of these object-oriented programming languages have their advantages and disadvantages, so choosing between them ultimately comes down to how the language will be used. If you have a larger project with complex tiers of code that need to run smoothly off each other, then C# is probably your best bet for a trustworthy performance.

However, if you're working on a budget and need to develop code quickly, Python is a reliable and easy code that can be used for most projects with little trouble. Ultimately, the choice of C# vs Python is up to you, and both codes are excellent options.