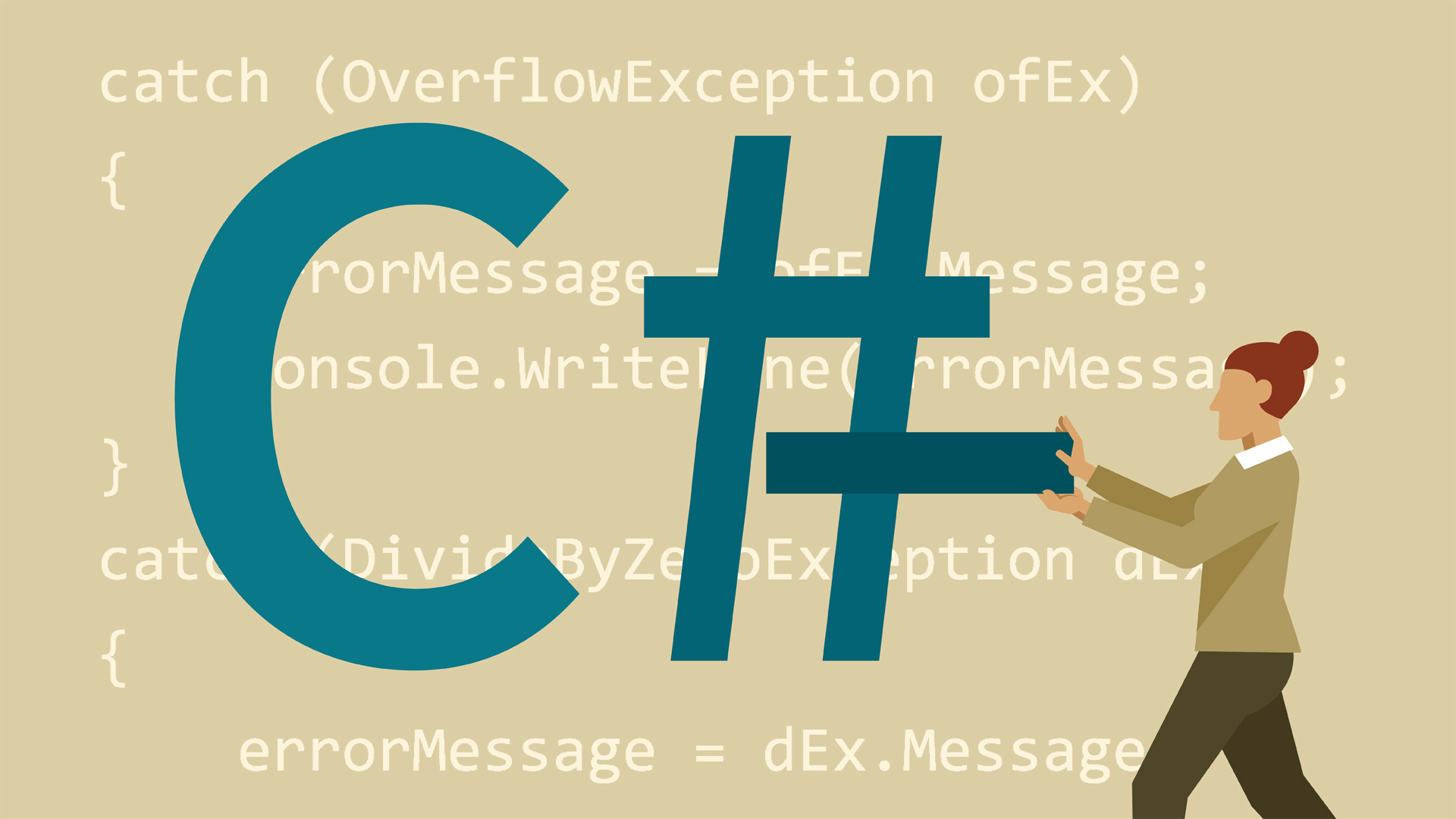 In the last lesson, you learned how to create a simple loop using the goto statement. I advised you that this is not the best way to perform loops in C#. The information in this lesson will teach you the proper way to execute iterative logic with the various C# looping statements. Its goal is to meet the following objectives:

When the boolean expression evaluates to false, the while loop statements are skipped and execution begins after the closing brace of that block of code. Before entering the loop, ensure that variables evaluated in the loop condition are set to an initial state. During execution, make sure you update variables associated with the boolean expression so that the loop will end when you want it to. Listing 4-1 shows how to implement a while loop.

Listing 4-1. The While Loop: WhileLoop.cs

A do loop is similar to the while loop, except that it checks its condition at the end of the loop. This means that the do loop is guaranteed to execute at least one time. On the other hand, a while loop evaluates its boolean expression at the beginning and there is generally no guarantee that the statements inside the loop will be executed unless you program the code to explicitly do so. One reason you may want to use a do loop instead of a while loop is to present a message or menu such as the one in Listing 4-2 and then retrieve input from a user.

Listing 4-2 shows a do loop in action. The syntax of the do loop is do { <statements> } while (<boolean expression>);. The statements can be any valid C# programming statements you like. The boolean expression is the same as all others we’ve encountered so far. It returns either true or false.

In the Main method, we declare the variable myChoice of type string. Then we print a series of statements to the console. This is a menu of choices for the user. We must get input from the user, which is in the form of a Console.ReadLine method which returns the user’s value into the myChoice variable. We must take the user’s input and process it. A very efficient way to do this is with a switch statement. Notice that we’ve placed matching upper and lower case letters together to obtain the same functionality. This is the only legal way to have automatic fall through between cases. If you were to place any statements between two cases, you would not be able to fall through. Another point is that we used the default: case, which is a very good habit for the reasons stated in Lesson 3: Control Statements – Selection.

A for loop works like a while loop, except that the syntax of the for loop includes initialization and condition modification. for loops are appropriate when you know exactly how many times you want to perform the statements within the loop. The contents within the for loop parentheses hold three sections separated by semicolons (<initializer list>; <boolean expression>; <iterator list>) { <statements> }.

The initializer list is a comma-separated list of expressions. These expressions are evaluated only once during the lifetime of the for the loop. This is a one-time operation, before loop execution. This section is commonly used to initialize an integer to be used as a counter.

When the boolean expression evaluates to true, the statements within the curly braces of the for loop are executed. After executing for loop statements, control moves to the top of the loop and executes the iterator list, which is normally used to increment or decrement a counter. The iterator list can contain a comma-separated list of statements but is generally only one statement. Listing 4-3 shows how to implement a for the loop. The purpose of the program is to print only odd numbers less than 10.

Listing 4-3. The For Loop: ForLoop.cs

Normally, for loop statements execute from the opening curly brace to the closing curly brace without interruption. However, in Listing 4-3, we’ve made a couple exceptions. There are a couple if statements disrupting the flow of control within the for the block.

The first if statement checks to see if i is equal to 10. Now you see another use of the break statement. Its behavior is similar to the selection statements, as discussed in Lesson 3: Control Statements – Selection. It simply breaks out of the loop at that point and transfers control to the first statement following the end of the for the block.

The second if statement uses the remainder operator to see if i is a multiple of 2. This will evaluate to true when i is divided by 2 with a remainder equal to zero, (0). When true, the continue statement is executed, causing control to skip over the remaining statements in the loop and transfer back to the iterator list. By arranging the statements within a block properly, you can conditionally execute them based on whatever condition you need.

When program control reaches either a continue statement or end of the block, it transfers to the third section within the for loop parentheses, the iterator list. This is a comma-separated list of actions that are executed after the statements in the for the block have been executed. Listing 4-3 is a typical action, incrementing the counter. Once this is complete, control transfers to the boolean expression for evaluation.

For this tutorial, I chose to implement break and continue statements in Listing 4-3 only. However, they may be used in any of the loop statements.

A foreach loop is used to iterate through the items in a list. It operates on arrays or collections such as ArrayList, which can be found in the System.Collections namespace. The syntax of a foreach loop is foreach (<type> <iteration variable> in <list>) { <statements> }. The type is the type of item contained in the list. For example, if the type of the list was int[] then the type would be int.

The iteration variable is an identifier that you choose, which could be anything but should be meaningful. For example, if the list contained an array of people’s ages, then a meaningful name for item name would be age.

The in keyword is required.

As mentioned earlier, the list could be either an array or a collection. You learned about arrays in Lesson 02: Operators, Types, and Variables. You can also iterate over C# generic collections also, described in Lesson 20: Introduction to Generic Collections.

On each iteration through a foreach loop the list is queried for a new value. As long as the list can return a value, this value will be put into the read-only iteration variable, causing the statements in the foreach block to be executed. When the collection has been fully traversed, control will transfer to the first executable statement following the end of the foreach block. Listing 4-4 demonstrates how to use a foreachloop.

In Listing 4-4, the first thing we’ve done inside the Main method is declared and initialize the names array with 4 strings. This is the list used in the foreach loop.

In the foreach loop, we’ve used a string variable, person, as the item name, to hold each element of the names array. As long as there are names in the array that have not been returned, the Console.WriteLine method will print each value of the person variable to the screen.

So far, the only method you’ve seen in this tutorial is the Main method, which is the entry point of a C# application. However, you are probably wanting to write larger programs to test your new knowledge. This requires breaking up the code into methods to keep it organized and logical. For this, I invite you to return for Lesson 5: Introduction to Methods, where you can learn new techniques of organizing your code.