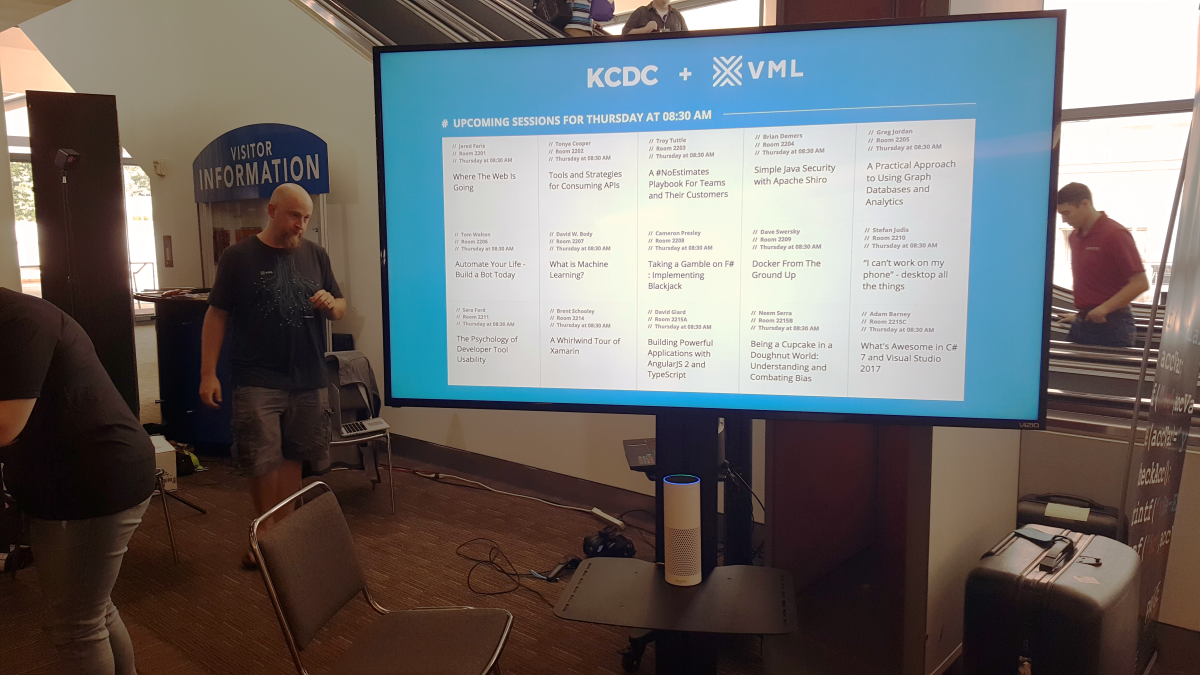 The Previous Lesson introduced you to LINQ and the foundational concepts you need to know before moving forward. You saw a simple LINQ query with a select clause that made a simple projection on the object it was working with. This chapter takes you further by showing you different ways to create projections on queried types. The objectives of this lesson are as follows:

What is a Projection?

In Lesson 01, you saw how the select clause specified the current object. The example was very simple because the object type was a primitive string. Essentially, the projection was on the entire object. However, if the object were complex, say a MusicalArtist, your selection options increase because you can choose to select the whole MusicalArtist instance or parts of that MusicalArtist, such as Name, Genre, or LatestHit. The process of choosing what parts of an object to select is called projection and the result of that operation is a projection. Here, you can see that I’m using the same word, projection, as both a verb and a noun. So, the context of how I use the term “projection” will determine it’s meaning.

Before writing another query, you’ll need to understand the data source being queried. The first part of the data source is to create the custom data type to work with, MusicalArtist. What we’re trying to accomplish is create a custom object with several properties that can be used in future queries. Listing 2-1 shows the MusicalArtist class that we’ll be using.

The MusicalArtist class has four public properties. The last property, Albums, is a List of type Album. The main reason I include Album here is that many types have complex relationships with other types and it’s helpful to keep that in mind moving forward. Listing 2-2 shows the Album class.

With the custom types, MusicalArtist and Album defined, the next step is to obtain a collection to be queried. In practice, this collection could be populated from the normal operation of your application; perhaps originating from a file, database, Web service, or system (like a list of processes). For the purposes of this tutorial, the source of the collection won’t matter and we’ll use a fake source for the data to be queried. Listing 2-3 shows how the fake collection, a List of MusicalArtist, is built.

In future tutorials, you might see additions and modifications to this data source, but this represents the core of what you’ll be working with for the rest of the tutorial. With the data source defined, you’re ready to learn how to perform projections in your queries.

Querying a Collection of Custom Types

Similar to the first query you saw in Lesson 01 that queried a collection of primitive types (string), you can query a custom type. The data source to the query will be the collection of MusicalArtist defined in the previous section. Listing 2-4 shows how to perform a query with a simple projection on a custom type.

Looking at this query, you can see that it accomplished nothing because the resulting collection is the same as the original data source. In practice, there are more things you do with queries, such as filtering results or ordering. However, this was designed to be simple so that you can see another example of a simple query with the exception that we’re concentrating on what the projection is and it’s results. Next, we’ll build upon this so you can see how to create custom projections.

Sometimes you don’t need to use all the properties of an object. In these cases, it makes sense to only ask for what you want to use. This could have benefits in application performance and scalability by using fewer resources for a query. One of the ways to do this is with a custom projection on the original object type. Essentially, you build the projection to only specify the object properties you want to use. Listing 2-5 shows how to create a custom projection on MusicalArtists.

The highlighted query in Listing 2-5 is similar to Listing 2-4, except for the custom projection in the select clause. Instead of projecting on the range variable, the projection instantiates an instance of the data source type, MusicalArtist. The reason for creating the instance of MusicalArtist is to specifically identify which properties to include in results. In this case, the Name and LatestHit properties are included. The range variable, artist, contains the values to assign to the properties of the new MusicalArtist instance. The properties not specified, Genre and Albums will be null in the results.

This example showed how to create a customized projection using the same object type as the original data source, but sometimes you need to create projections on a different object type, discussed next.

A common requirement is to translate data from one data source type, to another object type. There are multiple scenarios where this is useful, but to give one specific example, most user interface patterns, such as Model View Controller (MVC) or Model View ViewModel (MVVM), use the concept of a view model, where the view model is a special object with metadata, custom shape, and/or validation suited to the user interface. Listing 2-6 shows how to create a projection from the data source type into another type.

The ArtistViewModel class at the top of Listing 2-6 is the object to create the new projection into. You can see the select clause instantiates an ArtistViewModel instead of the range variable type shown in the previous example. This example also shows that the names of the properties from the projection type and the range variable type don’t have to be the same. The next section shows how to create custom projections that are shaped any way you want via an object called Anonymous Type.

The projections have shown so far rely on an existing type. This is often what you want and works well. However, sometimes you don’t need a pre-defined type and shouldn’t be forced to create one. Times, when this might be useful, is when a query becomes too complex and you want to break it into pieces to make it more maintainable and understandable. Another situation might be if you’re calculating intermediate results for further processing or reshaping data from different data sources into the same object type so they can be combined and processed as a whole. With what you’ve learned so far, you would have to create a custom type specifically for the algorithm being built. However, there’s an easy way, via what is called an Anonymous Type. An Anonymous Type is a type that you can define and instantiate at the same time without a name. Listing 2-7 shows how to create a project using an anonymous type.

Previous examples showed how the results of a query are assigned to a variable of type IEnumerable<T> where T is the type resulting from the select clause projection. In those cases, the type was obvious, as in new MusicalArtist. However, anonymous types don’t have an explicit name or pre-defined type definition. This begs the question, “What is T for an anonymous type?” Behind the scenes, the C# compiler creates a mangled name in Intermediate Language (IL), but you’ll never know what it is unless you look at the IL. You can’t reuse that mangled name because it isn’t guaranteed to be the same between compilations, nor should you use it because that would defeat the purpose of anonymous types as something you can quickly create on-the-fly without defining a type. If you need the type, then create a pre-defined type and don’t use an anonymous type. That said since there’s no way to know what T in IEnumerable<T> will be, you need to make the variable holding the query result type var. The var type is strongly typed and must be assigned at the same time it is declared. Since var is strongly typed, you can’t assign a value of another type after the var typed variable is instantiated. i.e. You would never be able to assign a variable of type int to artistsResult in Listing 2-7 because artistsResult is strongly typed as an IEnumerable of some anonymous type. Also, notice the variable artist in the for each loop is type var, which is necessary because each item of the artistsResultcollection is an anonymous type.

Now you know how to create projections on anonymous types and assign the results to variables of type var.

Now that you know how to create projections, your next step in this tutorial, [Coming Soon], is to learn how to filter results with the where clause.