When Was C# Created? A Brief History 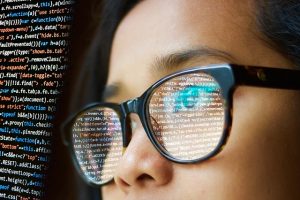 When Was C# Created?

When was C# created? 2002. That’s right, the C# coding language is only 17 years old. If it was a person, it would be able to drive or vote! But there isn’t anything childish about this programming language. In fact, C# is regarded as a mature computer programming language and is widely used around the world.

C# is unique in other ways, too, so we’ve gathered a crash course of everything you need to know about C#.

A Brief History of C#

When was C# created? The origin of C# is actually filled with some intrigue, and it might interest you to know that C# was originally intended to serve a single company. Since its creation, C# has evolved to be a diverse computer programming language that most expert coders view as being an essential, basic skill. Let’s get started with a brief history of C#.

C# has since been approved as an international standard for computer programming and is used with Common Language Infrastructure, which is the technical standard for computer platform communications. C# has also been accepted by Ecma International as a common computer programming language. While used primarily with Microsoft software, you can also see C# used to build client-side programs and even internet platforms. 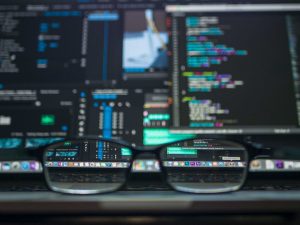 What about other C# updates?

The second version of C# was released in 2005 and began to move away from being generically object-oriented. This update included the ability for programmers to use iterators, which basically allow programmers to look at a larger picture of data at one time.

The third version of C# was released in 2007 and was full of new features, such as expression trees, extension methods, and both query and lambda expressions. It is with this version of C# that it began to truly diverge from Java and C# became a cutting edge programming language.

The fourth version of C# was released in 2010 and introduced embedded interlop types and dynamic keywords, which addressed issues and gave C# a certain elegance that other programming languages lacked at the time.

The fifth version of C# was released in 2012, with a focus on asynchronous programming. The asych and await updates to C# are regarded as language features that elevate the convenience of running long operating codes.

The sixth version of C# was released in 2013 and placed a special focus on making C# a productive programming language. This version introduced new filters and initializers, along with a cleaner general command language that made inputting code even easier than before.

The final and current version of C# was released in 2017. Along with revolutionary features that make codes cleaner and easier, this version of C# also expanded the reach of the coding language, as this version can be used with the .NET Core and operating systems for cloud and other storage needs. 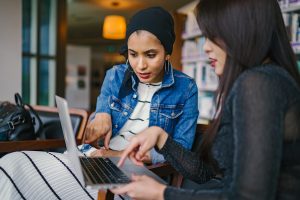 Now that you know the history of C#, you might be wondering how to learn this programming language. Learning C# involves some dedication and experimentation, but many people are self-taught. You actually have a few options for learning C#. Some options are better than others, depending on your computer proficiency and your general understanding of computer coding.

Microsoft offers a few guides to help people learn how to use C# or learn how to use the C# updates. These tutorials are intended for both beginners and intermediate users. Microsoft guides are comprehensive and explain every detail of C#, but new programmers might find the language to be more technical than expected. Learning C# through the use of Microsoft guides and tutorials is a more hands-on approach that is a great fit for learners who are comfortable with trial and error.

Books to Help You Learn C#

There are other tools available to help you learn how to use C#, such as instructional books that outline both the very basics and the most complex functions of the C# programming languages. We gathered a few books that programmers swear by to help new coders learn C#. 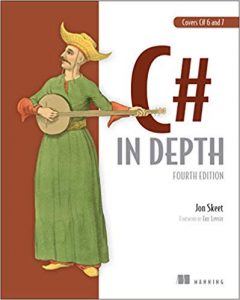 C# In Depth is book that teaches how to use C# and comments on the functionality of the programming language. This is more of an intermediate book that guides programmers through the higher functions of newer C# versions. C# In Depth is continually updated and is available both as an audiobook and paperback.

C#: Programming Basics for Absolute Beginners is a series of step-by-step books that teach new programmers how to code in C# starting from the most basic skills and information. This book is a good alternative for new learners who would like supplemental information on how to code using C#.

If you’re a true beginner to computer programming, then the previous two books might jump a little too fast into information you have no context for. C# and Algorithmic Thinking is a book that solves this problem by priming you with the basics of programming terminology and teaching you how problems can be solved with computer programming. This book is filled with hundreds of exercises and questions that help self-taught learners how to use C# techniques. This is an excellent option to ease beginners into computer programming.

C# is one of the most commonly used object-oriented computer programming languages used today. In the brief history of C#, this programming language has become an essential basic skill that many seasoned programmers consider indispensable. Although only 17 years old, C# has had a great evolution with several version updates that have expanded the use of the language. While most commonly used with Microsoft software, C# can also now affect operating systems and cloud storage. Learning C# can be done through institutional instruction, self-taught books, and through Microsoft guides and tutorials.