What Coding Language Should I Learn? How To Pick One That’s Useful For Your Career Aspirations 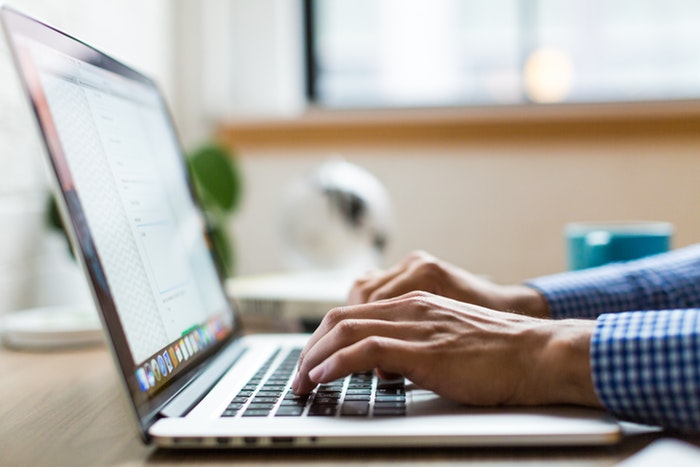 We all remember the time we got that first taste of coding. We learned to type a few simple commands, or perhaps press a few buttons, and bam, like magic, the computer or device did exactly what we told it to do. So now, you're thinking it would be a good idea to code for a living. Congratulations! It's a great career path. But now that you know what you want to do, you're probably wondering, "What coding language should I learn?"

What Coding Language Should I Learn? 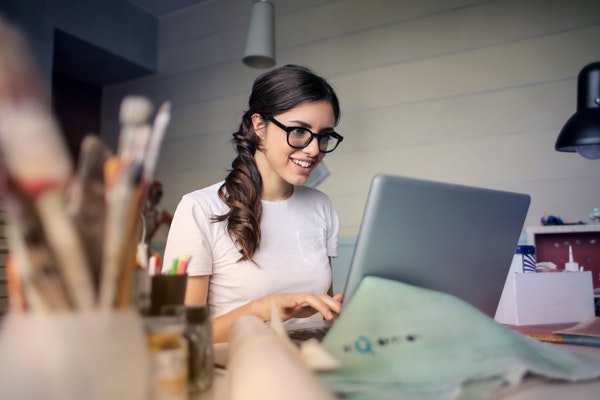 Keep in mind that there is no one "right" answer to this question. The best and the brightest keyboard jockeys of Silicon Valley have been duking it out over their CPU's ever since BASIC. And yet, "what coding language should I learn" can often perplex both newbies and Microsoft veterans alike. In 2019, the hot programming languages in demand by most employers and startups appear to be Python, Java, JavaScript, PHP, Ruby, and C++ or C#.

But before we begin to look at the various languages that you can code in, there is one fundamental question that should drive your quest to learn a coding language. So rather than put the cart before the horse, let's focus on the purpose of your desire to code. It's better to first consider the purpose of your passion for coding, rather than the features of each code which you may or may not end up using depending upon your potential role.

What Will You Use It For?

Like any technology, your first question to ask when looking for a language to code in should probably be, "Why do I want to code?" Or "What do I want to use it for?" This will make the question of "What coding language should I learn" infinitely easier.

Sometimes, new technologies dazzle and intrigue us, which is a good thing. However, the downside of the wonder of technology is that sometimes it can get so sparkly and fun that we occasionally lose sight of the purpose we intended it for. So before we ask "what coding language should I learn," let's ask why we're learning it in the first place or what our employer will want us to do with it. This will better determine where we ought to spend the bulk of our efforts and resources when venturing out to learn a new programming language. 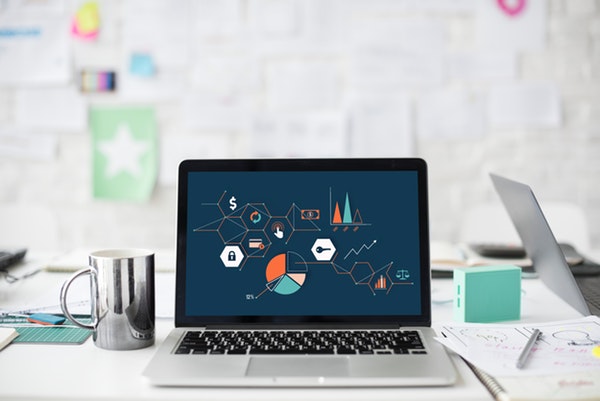 The title of the language might be menacing and perhaps that was intentional by the designers of Python, but only because it's such a formidable force in the vast sea of programming languages that can help you answer the question, "What coding language should I learn." We're going to take some out of the sting out of Python here, so stay with us.

First off, colleges and universities now choose Python over their old number one programming pick, which was Java. Java remains a potent force in academia, but there's a reason Python has bested them. All those academics can't be wrong, right? In any event, Python should definitely be on your radar screen when answering the question of "What coding language should I learn."

Python is relatively easy for a beginner to pick up as compared with some of the old-school coding languages. Python makes programming easy for the creative who lack a lot of time by automating the mundane repetitive tasks nobody else wants to have to repeat over and over again.

Machine learning being the rage that it is today, perhaps herein lies one of the most potent arguments for why Python is the answer to "What coding language should I learn right now?" For science and machine learning, no coding language is hotter than Python. This means you'll have all the tools you need to make your venture a cinch. This is because of the abundance of machine learning libraries already built for this formidable snake of a coding language that has taken the rest of the field by storm.

Java and Javascript are related but distinct coding languages. Java is primarily related to standalone applications while JavaScript has more to do with interactive workings on HTML pages. Both are handy to know, but which do you see yourself working on primarily? The answer to this question will help you better answer the question, "What coding language should I learn?" Let's take a look at the difference between Java and its cousin, JavaScript.

Java, a class-based, object-oriented programming language, made a big splash when it came on the scene in 1995. The whole purpose of Java was "write once, run anywhere." In other words, it was intended by creator James Gosling to be universally compatible on any machine. That means you can write something in Java and you can run it on your Mac, your PC, your phone, your Linux system, and the like. You can see why this language remains so popular after all these years.

Java is a good choice if you want to program standalone applications that can run anywhere, any time, with minimal adjustment across machines. The downside to Java is that it may not necessarily take full advantage of the special features on any given processor or system, which can lead to slightly slower operating speeds than programs written specifically for languages tailored to a given system or platform

JavaScript has long been the "front-end" programming language, specifically for work within Web pages. The most popular social networks, as well as your favorite Web email program, rely on JavaScript to make all the gears turn when you're checking your inbox or searching your mail for that one email you really need to reference. JavaScript was really responsible for primarily transforming static, "do nothing" Web pages that could only "link" to other pages, and turning the Web into a more truly interactive animal; a legacy it continues to this day.

If you want to spice up your Web pages, or are just looking to incorporate basic elements of interactivity, JavaScript is the way to go. But, keep in mind, Java is the language you'll want to develop in if you're looking to go more the way of a standalone app. Both can work together, however, in impressive ways, so choose which works best for you starting out depending upon your more immediate intended use. 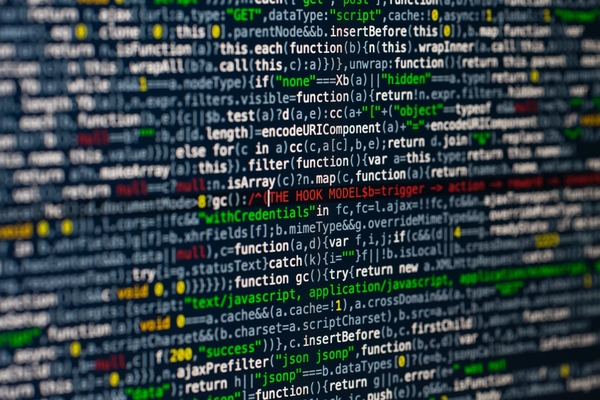 If JavaScript is such a great Web-capable language, then why bother considering PHP when asking, "What coding language should I learn?" For starters, PHP puts the magic in modern Web pages. And if you're just starting out, the great thing about PHP is that it's very beginner-friendly. It was designed to take some of the pain out of answering the question, "What coding language should I learn," by incorporating a relatively intuitive design.

One pitfall to avoid is to use an outdated tutorial. There have been quite a few versions of PHP, so you should check the latest industry resources to make sure your tutorials are up-to-date.

The really cool thing about PHP is its flexibility. Because it's not a rigidly written language, there are no hard, fast requirements on how to code with it. This means that you have a rather total freedom to make your program function how you want it to. No wonder it's one of the top picks of programmers this year! If you like thinking out of the box, you'll be thrilled to know you can use PHP to solve problems in a myriad of different ways. It's really an engineer's dream of a programming language, and its versatility is practically limitless.

Among the world's most sought-after programming competencies is Ruby. Like PHP, Ruby is a delight to start learning because of its incredible "beginner-friendliness." Specifically in the way of beginner friendliness, it's intended to be intuitive, reading almost as easily as the English language itself. So talking to Ruby is almost like talking to a good friend.

Ruby's greatest strength, ease of beginning, also does translate into one of its shortcomings compared to the others. This shortcoming is simply that its incredible flexibility makes it very slow. That said, however, it was designed primarily as a language for making games. You can see how this will be useful in the debugging process. Ruby allows you to run the code up until the sticking point in the code, making it easy for you to troubleshoot issues in your code and debug handily.

There's no denying the similarities between C# and C++, since C# is based on the familiarities of the C family of languages, including C++. The purpose of C# is to combine the amazing versatility and familiar nuances of C++ with the high productivity of Visual Basic. We'll consider them both here in answering the question, "What coding language should I learn."

C++ was made primarily for low-level, platform-neutral applications, if you remember our discussion of Java earlier. Still, it was made for standalone systems in an age that predates the Internet's popularity. C++ code, when compiled, generally results in assembly language.

C# is a step toward a language that more resembles Java byte code. It's designed to help developers not have to worry so much about memory management and focus on the zing of their individual program.

That said, there may be a perfect answer to your question in terms of starting your quest for the answer to the question, "What coding language should I learn" first. That answer is the one that best aligns with your goals.