Understanding the Differences Between C#, C++, and C If you’re an aspiring programmer, it can be hard to choose where to start. There is an incredibly vast number of programming languages you could learn, but which ones among C#, C++, and C will be the most useful?

You’ve probably heard of the three variations of the C programming language. Before you choose one to learn, though, you need to understand the differences between C#, C++, and C.

We will start with the C programming language because it’s the oldest and most widely used of the three. Dennis Ritchie invented it in 1972 and then published in 1978. Ritchie designed it for the development of a new version of Unix.

C is still a low-level programming language, which performs almost as efficiently as assembly code. It provides base-level access to memory, and it requires very little runtime support.

Despite being published 40 years ago, C is still the most widely used programming language of all time. Programmers still use it in operating systems, kernel-level software, hardware drivers, and applications that need to work with older code.

Most old-school programmers will suggest that C is the best programming language to start with because so many newer languages build off of it. It may also offer some security benefits because of its age. The pool of people using it is smaller, making it a less desirable target for hackers.

C++ was developed as an extension of the C programming language. It was created by a Ph.D. student in Denmark named Bjarne Stroustrup. His goal was to enhance C and add object-oriented programming capabilities without sacrificing speed or efficiency.

C++ is considered an intermediate-level programming language, as it builds upon the low-level C language but has more advanced capabilities.

Since the initial publication of C++ in 1985, it has become another extremely prolific programming language. It’s used alongside C in the development of operating systems but also sees use in high-profile server and PC software.

It’s a lot easier to understand C++ if you already have a solid foundation in the C programming language; however, you can still learn C++ as your first language if you want to jump right into object-oriented programming. 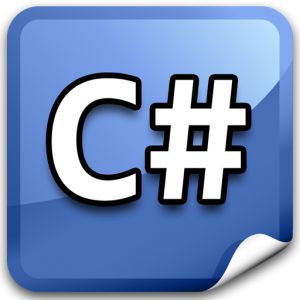 C# (pronounced “C Sharp”) is a high-level, object-oriented programming language that is also built as an extension of C. It was developed by a team at Microsoft lead by Anders Hejlsberg in 2002. It’s based in the .NET framework, but its backbone is still clearly the C language.

C# compiles into byte-code, rather than machine code. That means it executes on a virtual computer that translates it into machine code on the fly. It adds garbage collection, uninitialized variable checking, bound checking, and type checking capabilities to the base C code.

C# typically sees use in internal or enterprise applications, rather than commercial software. It’s found in client and server development in the .NET framework.

While C# is the most technically complicated of the three languages, its syntax is less error-prone than C or C++ and can be learned relatively quickly.

C and C++ are remarkably similar programming languages, though there are still plenty of differences. C#, on the other hand, has more in common with languages like Java. Here’s an easy guide to understanding the differences between C#, C++, and C. 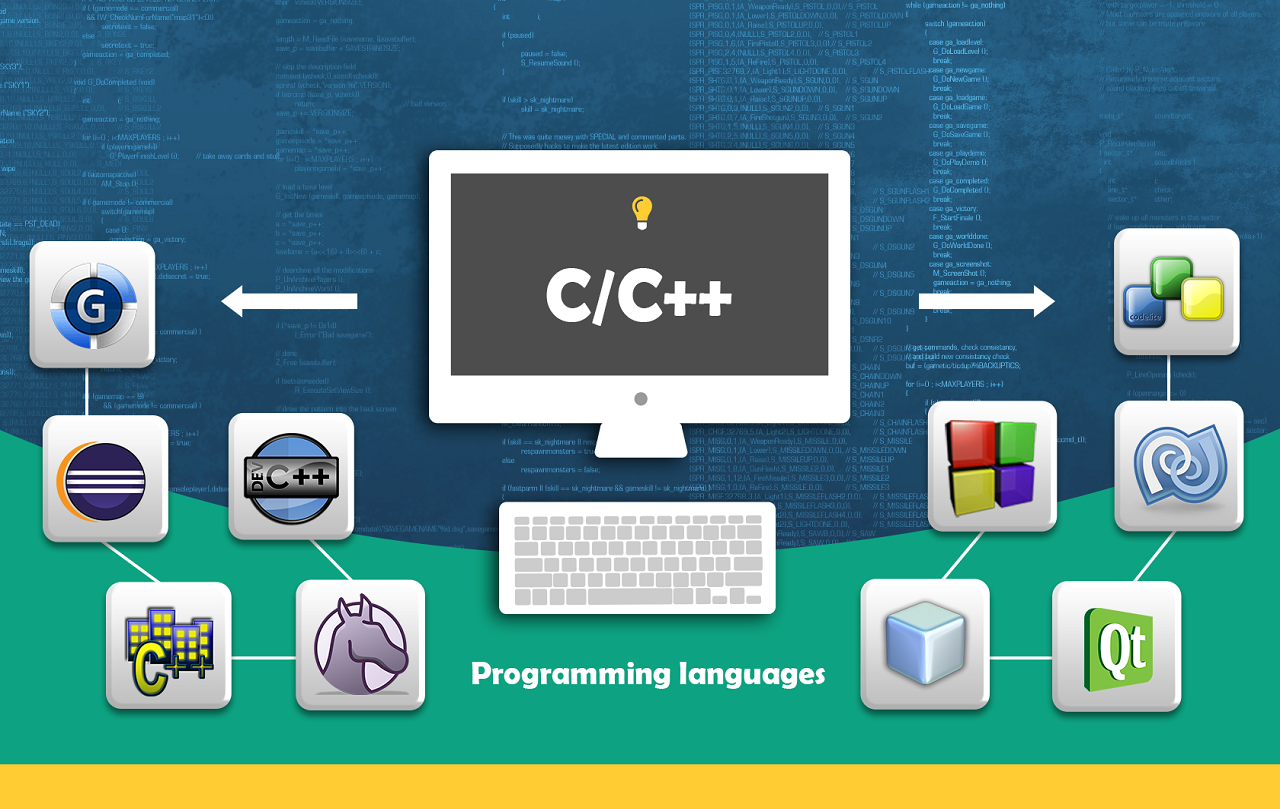 To fully comprehend the differences between C and C++, you need an understanding of what object-oriented programming is. The term object-oriented, as it relates to programming, originated at MIT in the late 50s or early 60s.

Object-oriented programming (or OOP) uses a concept called “objects.” An object is an instance of a “class,” or a program-code-template. A class can be made up of data or code procedures (also known as methods).

There are other key differences between C and C++.

As a much more modern programming language, C# was designed to work with the current Microsoft .NET framework in both client and web-based applications.

Here are some other major differences between C++ and C#.

While C and C# are technically related to each other, they’re enormously different languages, so there are more differences than similarities between them. Having a background in C can be useful for learning C# because some of the syntaxes are similar; however, C#’s syntax is so forgiving that you could easily learn it without knowing C at all.

Which Language Should You Learn First?

Now that you have a clear understanding of the differences between C#, C++, and C, how do you choose which one to learn first? If you’ve never learned how to program before, many computer science experts would recommend learning C first. Not only is a simpler language which fewer options than its successors, but many other languages use syntax and concepts introduced by C. That means you’ll have an easier time understanding other languages after learning C.

If you’re already familiar with some programming concepts and you’ve learned to code in some other languages already, you may want to start with C++ instead. Object-oriented programming languages are much more common nowadays than procedural languages, and if you’ve already got some experience in OOP, you’ll find C++ easier to learn.

If you have already learned multiple programming languages and you’re trying to increase your skill level, then your choice of the three C languages will depend on what you’re hoping to gain from the experience.

Some younger programmers choose to study C as a way to learn the basics of coding. Veteran programmers tend to look down on the younger generation for not respecting their roots, so knowledge of C can work as a sort of street cred at a new job.

C++ is still very widely used in the workplace, and knowing how to code in it can open up all sorts of job opportunities. If you’ve already spent time working with object-oriented languages, and you’re looking for another language to add to your resume with minimal effort, C++ is a great choice for that.

If your primary desire is to get into .NET and web-based development, C# might be your best option. While it doesn’t get used as frequently as the other two languages, it’s still in high demand in enterprise-level development teams.

Understanding the differences between C#, C++, and C will make it much easier for you to choose which languages to focus on. All of them have their own advantages and disadvantages, and none of them would be a waste of time to learn. The choice is yours!